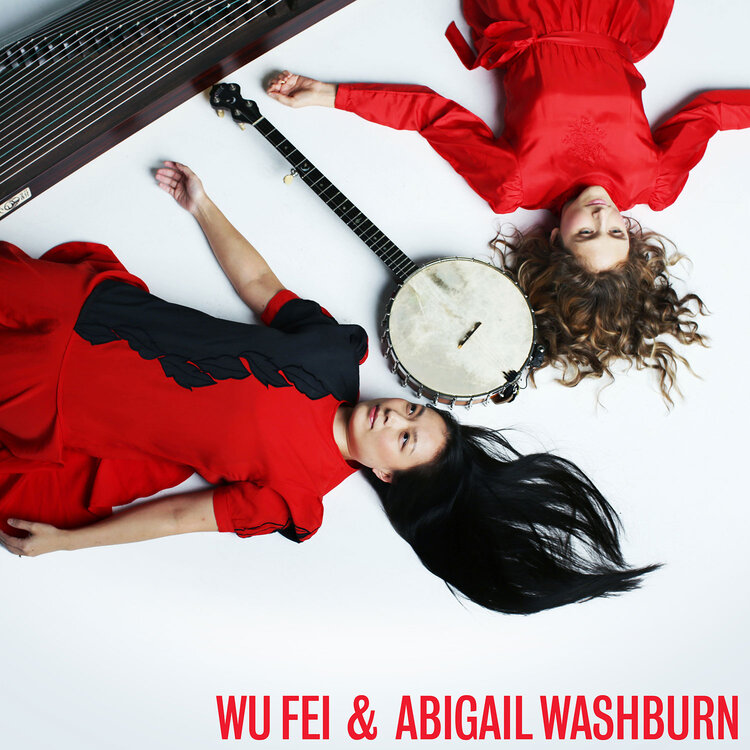 Wu Fei & Abigail Washburn (Smithsonian Folkways), the debut duo album from the guzheng master and GRAMMY-winning banjoist, produced by 16-time GRAMMY winner Béla Fleck, was released on April 3, 2020. An elegant, innovative blend of  old-time music and folk sounds from Chinese and Appalachian traditions,  the intermingling of languages, dialects, and soaring, sparkling strings  on the record is a celebration of music’s ability to unite distant  cultures - right now, an accomplishment “deserving of mainstream  recognition” (The Guardian).

﻿Born of a friendship begun thirteen years ago, Wu Fei & Abigail Washburn is  the first formal release from the two musicians, recorded after years  of inter-genre experimentation and occasional live shows. An homage to the oral traditions of American folk music and the  structured musicality of Chinese court music, the album also  intentionally subverts its styles (banjo playing traditionally Chinese  sounds vs. Southern white "folk," etc.) to call attention to their often  misattributed origins, and pay respect to their true originators. For  example, the non-traditional and non-“Western” playing of banjo on the  album serves as a reminder of banjo’s true origins - an  African  instrument brought over with the slave trade, not created in white  Appalachia -, and many of the Chinese songs chosen for the record  ("Wusuli Boat Song," “Avarguli,” etc) were intentionally chosen as  tributes to the rarely-credited Chinese minority groups that first wrote  and sang them.