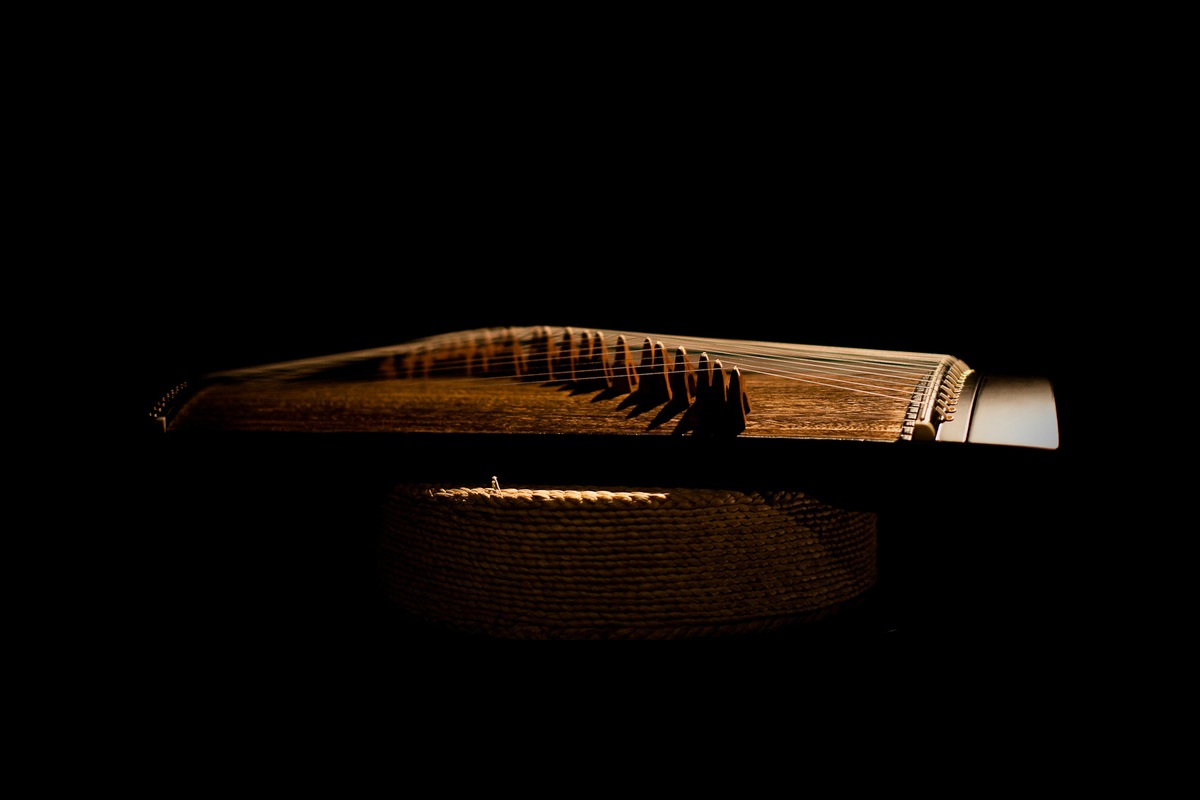 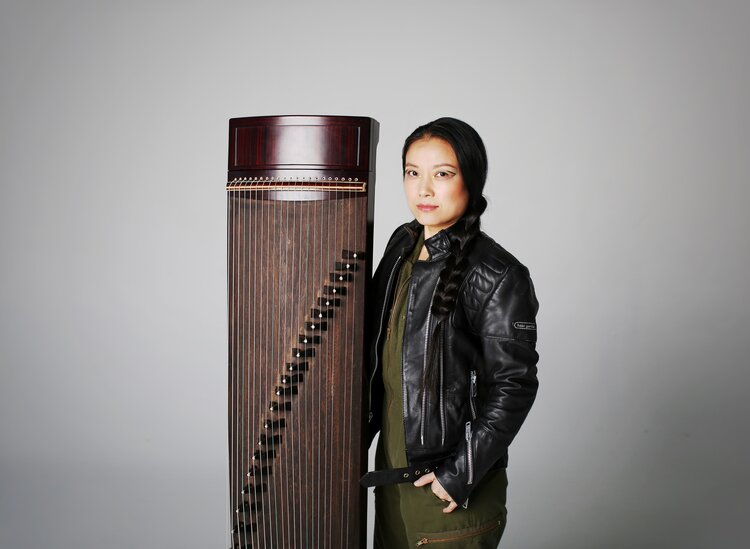 Wu Fei’s instrument, the guzheng, is more than 2,000 years old. It became prominent during the Qin Dynasty (221 to 206 BCE), and by the Tang Dynasty (618 CE to 907 CE), the guzheng was arguably the most commonly played instrument in China.

The guzheng has 21 strings, which were once made from silk but now they are almost always metal nylon which increase the instrument’s volume and timbre.

There are many techniques used in the playing of the guzheng, including basic plucking actions (right or both hands) at the right portion and pressing actions at the left portion (by the left hand to produce pitch ornamentations and vibrato) as well as tremolo (right hand). These techniques of playing the guzheng can create sounds that can evoke the sense of a cascading waterfall, thunder, horses’ hooves, and even the scenic countryside. 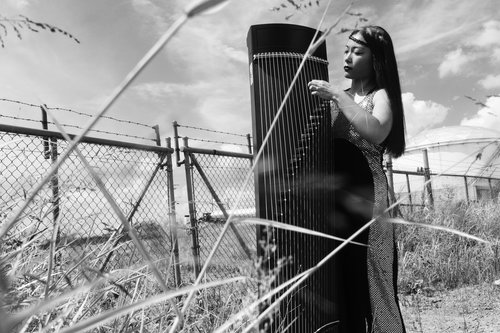