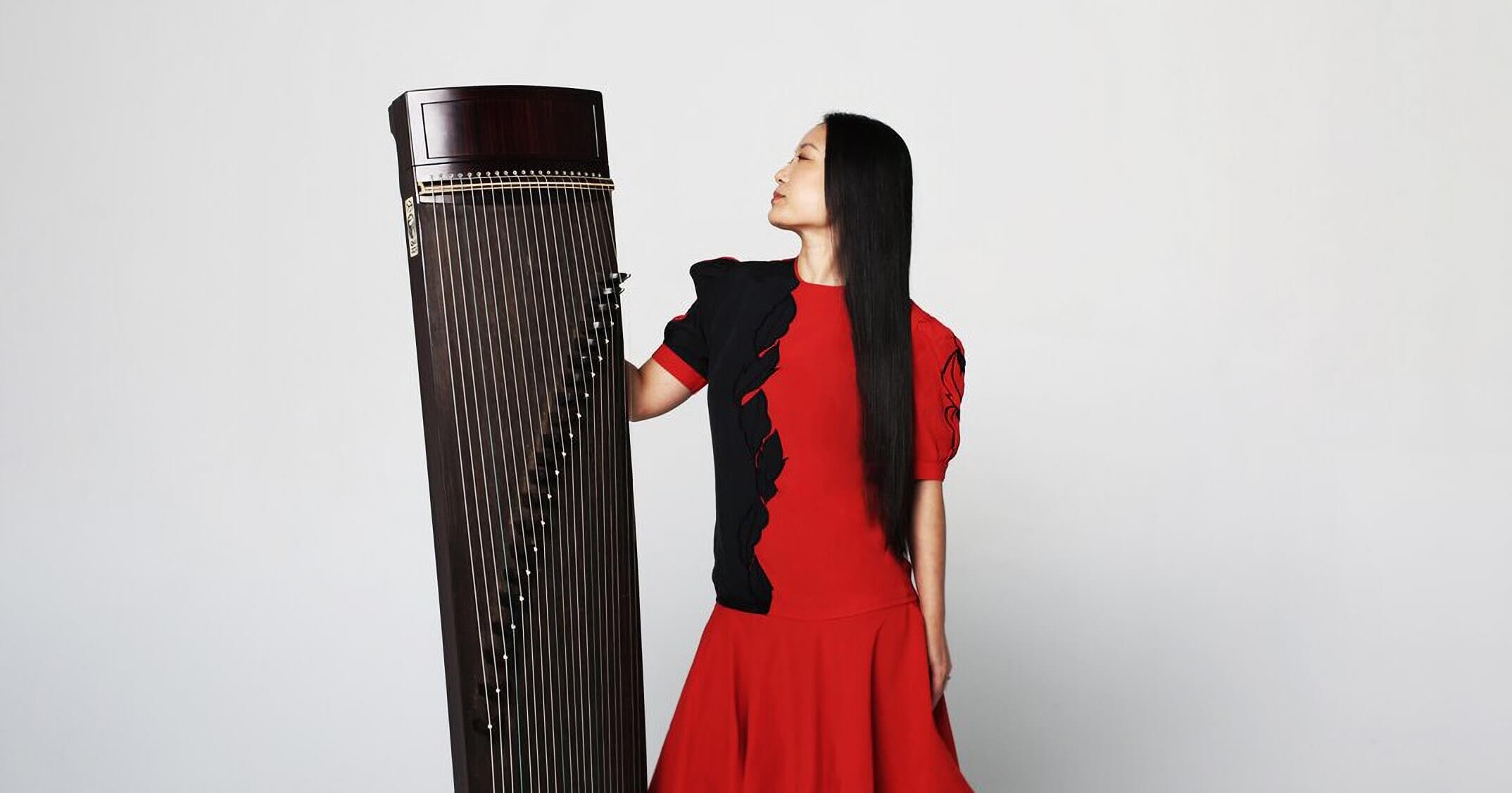 Wu Fei was just 2 years old when she was selected by professors from the conservatory to be trained as a professional musician. Like many Chinese of her time, she was an only child, born shortly after the end of the Cultural Revolution. Her parents, partly in response to the political chaos that shaped their lives up to that time, were determined to give Fei the very best education they could. They wanted a better life for her.

Fortunately, their decisions paid off: Their daughter began to show talent from an early age. She began one-on-one guzheng lessons at the age of 5, and by the age of 8, she was giving solo recitals and entering music competitions. Even at that age, she found herself performing at such  venues as the Beijing Concert Hall, the Beijing Children’s Palace and the Great Hall of The People; the last of these can seat 10,000 audience members.

In middle school, Fei became principal guzhengist of the Beijing Golden Sail Chinese Youth Orchestra and performed as an alto soprano in the Beijing Baroque Chamber Choir. At the age of 16, she passed the notoriously intense entrance exams for the China Conservatory of Music High School and was admitted to study composition. She later continued her studies at the China Conservatory of Music. Altogether she spent six years immersed in China’s most rigorous and prominent course of instruction in music composition. The conservatory taught its students both traditional Chinese music and Western classical. While she was a full-time student, Fei started to teach and to conduct student orchestras.

In 2000, she came to the United States to pursue her studies further. Life in the U.S. opened many doors for Wu Fei – as an artist and a person. It forced her to look at the world from a new perspective and to rethink some of her assumptions about the world, about music, and about herself. Some of the inevitable challenges she faced were small – for example, figuring out what to order when faced with a cafeteria menu that focused on Tex-Mex food. Some were bigger – like deciding which courses to take each semester to fulfill her degree requirements. In China, every course had been chosen for her by the school.

From 2002 to 2004, she was enrolled in a master’s program at Mills College in California. It was there that she found herself wrestling with even bigger questions. In her first private lesson with Professor Fred Frith, the respected composer, she was asked to play recordings of her previous work. After listening carefully, Professor Frith told her, “I hear wonderful craft in your music. But I don’t hear Fei. It’s time to let go of the structure and let your nature flow out. You don’t need to be afraid. You’ll never lose the structure. It’s in you forever.”

His words surprised Fei. They shook her so much that she took a week off from school, simply to think over her life. “Why do I make music?” she wondered for the first time. “I’ve been put on this path since I was a toddler and have been writing music my entire life – to meet others’ expectations … but not my own.”

Back in class, Fei realized that many of her fellow musicians at Mills did not come from traditional, academic musical backgrounds. A few of them didn’t even read music. This also surprised and puzzled Fei. Even without this training, however, these classmates seemed to be enjoying their time at the conservatory – especially when they were improvising with each other. This world was unfamiliar to Fei, and she began to realize that her training gave her a very strong pair of wings, but she had never used them to fly. She felt as if she was standing at the edge of a cliff, watching other birds soaring through the air.

Music had been everything to Fei, for as long as she could remember. She saw that, if it was going to stay at the center of her life, it was time for her to learn how to fly on her own. She began to experiment, setting aside her familiar but rigid training and seeing what it felt like to play music with no direction. She learned to follow her instincts. She stepped off the cliff for the first time … and liberated herself by doing so. Since then, she has never stopped having fun with making music.

Since earning her master’s degree from Mills, Wu Fei has enthusiastically devoted herself to creating music and collaborating with musicians from all over the world in all genres. Her continuing adventures have taken her from New York to Nashville, across Europe and Latin America, back to Asia and beyond. She is grateful to the many people who have helped cultivate her passion for music and have worked with her to explore new forms of musical expression.